On our first day in Tongariro we visited the Whakapapa information centre where we learnt about the volcanic processes, eruptions and pests in the area. We then travelled up Mt Ruapehu and analysed the types of vegetation and soil characteristics at 3 different sites of altitude on Mt Ruapehu, one at 1499m, the second at 1288m, and the last 891m.

We then set off on a hike through the to Mangatepopo Valley taking notice of the volcanic landscape, erosion, and cultural features such as tracks, signage, and restrooms.

After the hike we visited the Tokaanu Thermal mineral pools and saw Lake Rotoaira and the Tokaanu Hydro-Electric Power Station on our travels.

I really enjoyed experiencing the different types of environment in the T.V.C. It was cool getting to experience the cold environment when going up Bruce road to research, but wearing shorts probably wasn’t the best idea in the 3-degree temperature. – Alex Rope.

My favourite part of the trip was going to the thermal pools after our research of the vegetation on Mt Ruapehu. I also enjoyed the walk to the Mangatepopo Hut even though it was freezing around 3 degrees and 100,000 years ago it was a glacier. – Elijah Day.

Our second day of research took us through the south end of the National Park to Waiouru, where we had a guided tour of the history of war and military of New Zealand in the NZ National Army Museum. We then went to the meeting room and had a lesson from Army Commander, Pat Hibbs about the territory and army’s role in the area of the Tongariro Volcanic Centre. The students all asked a question they had prepared days beforehand.

Commander Pat Hibbs was so impressed he offered our group a full tour of the Waiouru army base, he took us to the explosive room and showed us the different types of explosives they use, then outside to the ammunition warehouses where we were lucky to see some Kaimanawa wild horses grazing.

It was interesting learning about the process people go through in the army going from recruit to a tradesman to commander, and about the partnership between the NZ Army, the local iwi, and DOC and the decision making over the land.

After our tour of the army base we travelled up the Rangipo desert to Turangi where the class had a swim at the aquatic centre.

One of the memorable parts of our trip was visiting the Waiouru Army Base. Army Commander, Pat Hibbs, gave us a first-hand tour of the base. He took us into the firing range simulator where those who are recruiting will do their practice. Pat Hibbs showed us an M4 and gave us a demonstration on how the simulator works.  – Jessie Dougherty. 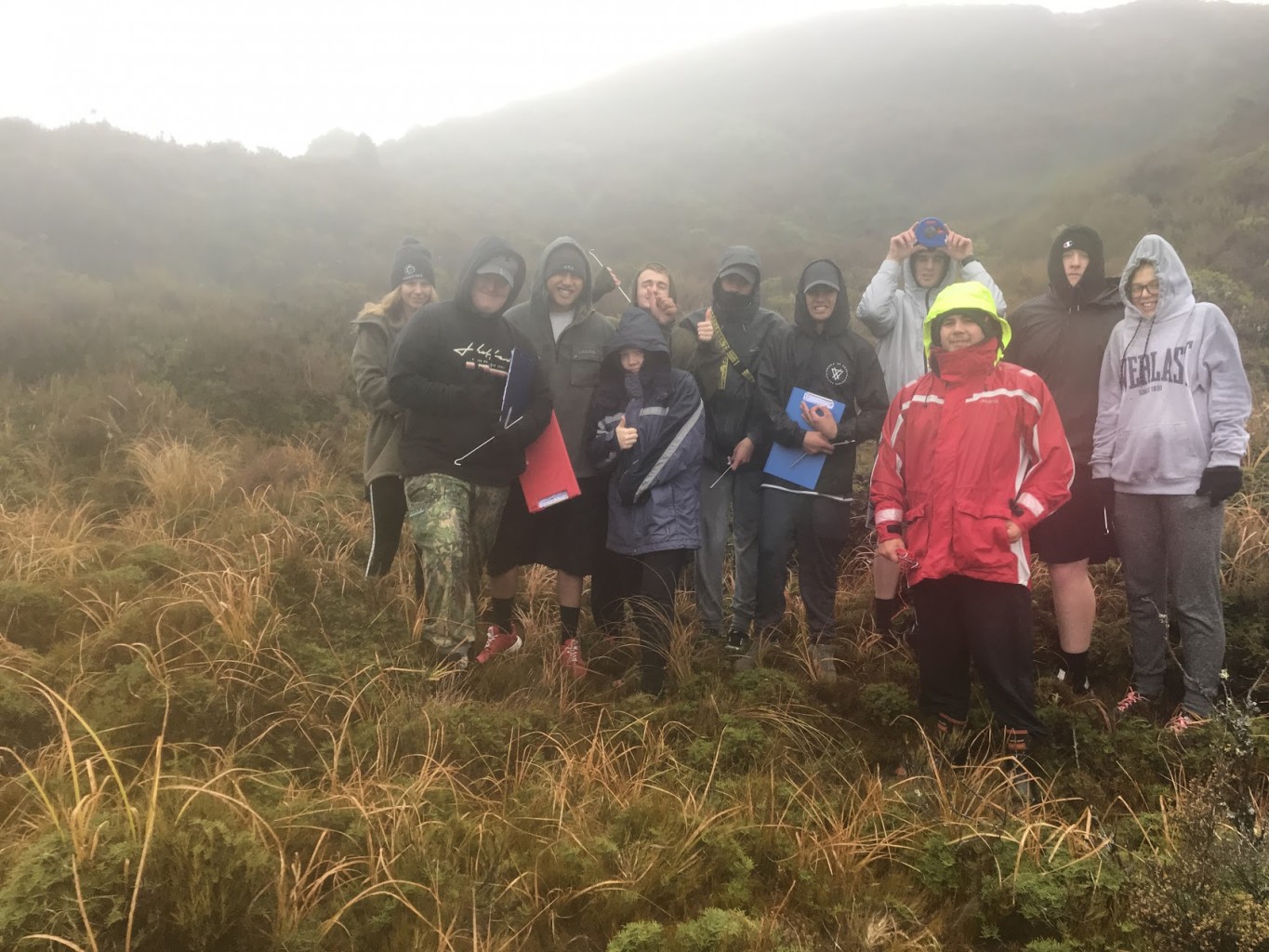 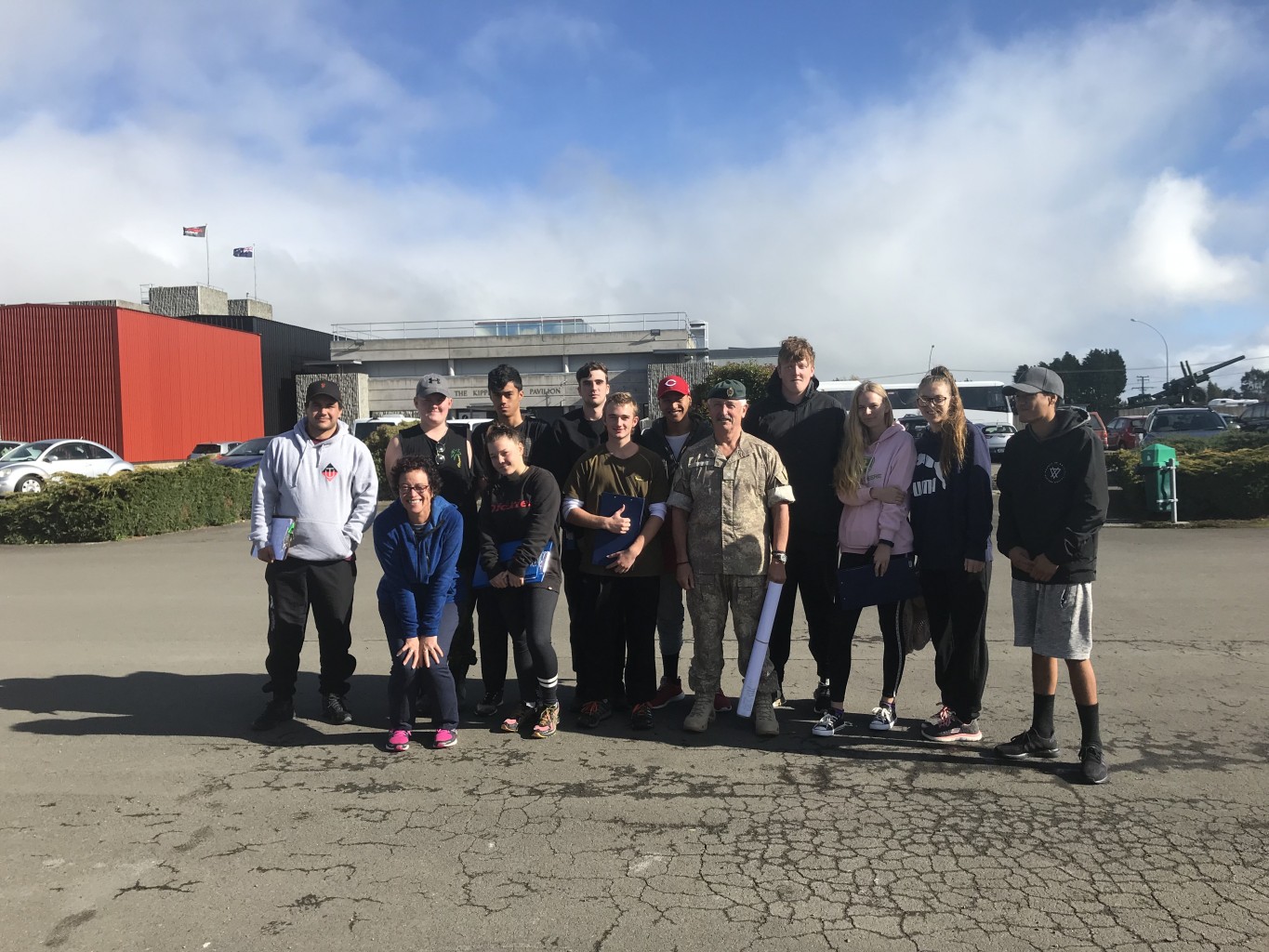 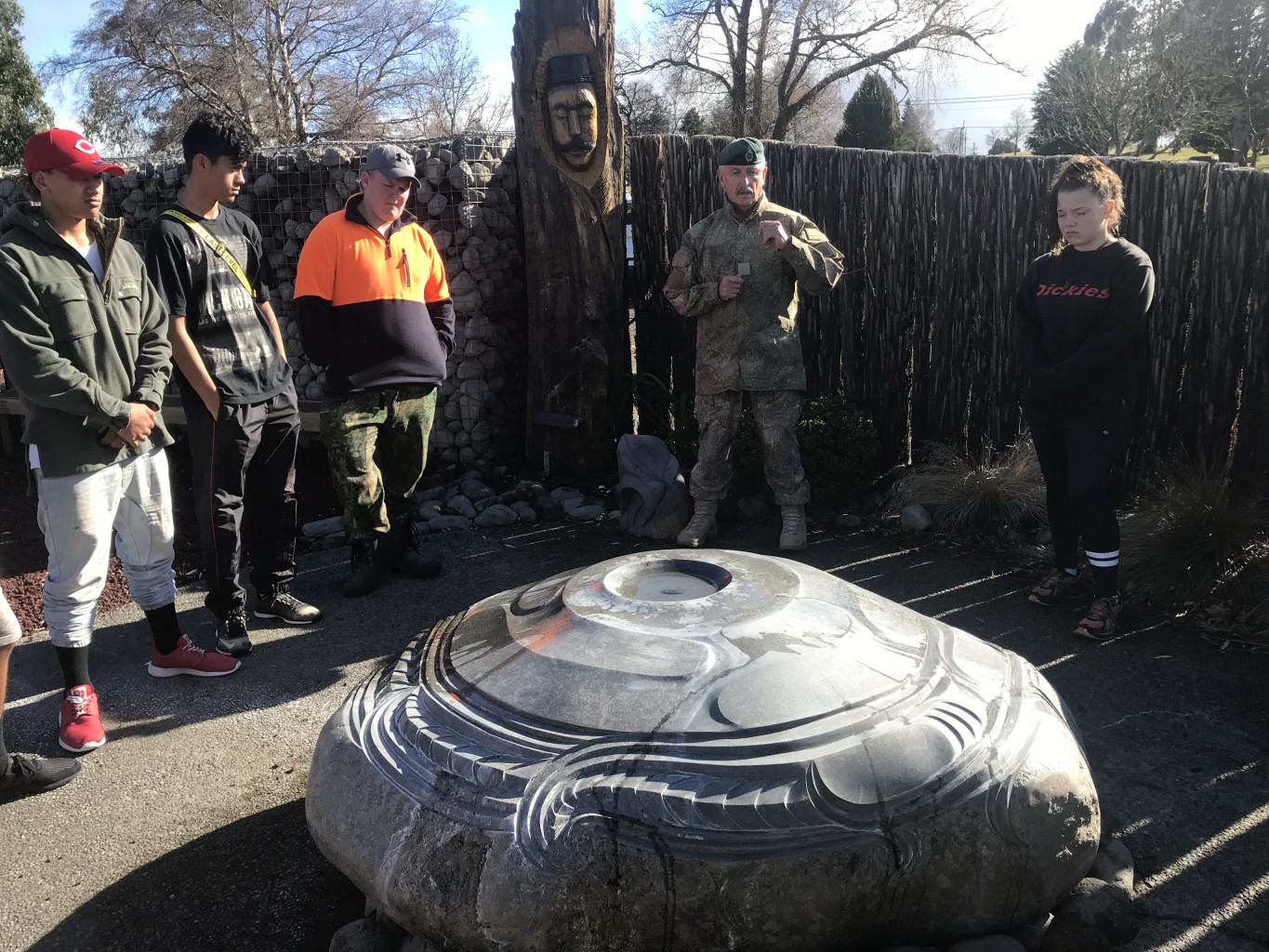