The name Ruawai literally translated from Maori means ‘two waters’ referring to the nearby Northern Wairoa River and Kaipara Harbour. The township primarily serves the outlying farming area, which consists mainly of dairy farming and kumara growing. The town declared itself as the Kumara Capital of the World.

Ruawai College in its (almost) current form has stood on the present site since 1964, but the history of schools in the area of Ruawai began over 120 years ago when Naumai School was built in 1893 with the first teacher – Charlie Brockliss, and around 20 children.  Six years later a new school was built on the current Ruawai Primary School site.

Ruawai District High School opened its doors in 1929 and flourished until 1964 when it was split into two schools – Ruawai College became the senior school. 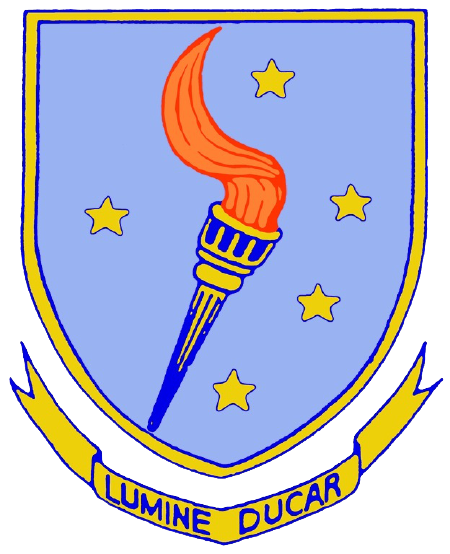 The torch is an ancient symbol representing the illumination of the mind through knowledge.

In the Maori legend, Maui is the great bringer of light and knowledge. The stars on the blue background represent the Southern Cross, the constellation which early mariners in the Southern Hemisphere used to guide them across the ocean.

The motto ‘Lumine Ducar’ gathers these two ideas into a single phrase. Literally the words mean “I will be guided by the light”. Translated more freely the motto means “Learning Shall be My Guide”…

The Legend of Northern Wairoa 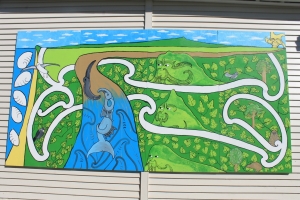 Mangaraho, Toka Toka, Tekewipahutai, Okiriahi and Motuwheteke once lived on the East Coast of Northland. They heard about the delicious toheroa on Ripiro Beach and decided to travel across the land to find and enjoy this seafood. As they were travelling, the Northern Wairoa River came into sight. They were surprised, as they had never heard of this river.

All five mountains were able to cross the river. It was very hard for Okiriahi and Motuwheteke, but they made it to the other side. The mountains reached Ripiro Beach soon after. The toheroa were fat and they had a delicious meal. Feeling fat and very full they began their journey to the East Coast. Mangaraho led because he was strongest and Okiriahi and Motuwheteke trailed behind, as they were the smallest. They finally reached the river.

Because Mangaraho was the biggest and strongest, he just strode across the river and Toka Toka being the second biggest strode across too. Now Tekewipahutai was younger than his brothers but he still took his turn and he made it. When he did, he dropped head first into the sand with his feet still dangling in the water. He is still there today.

Since Okiriahi saw his brother had reached the other side, he thought he could get there too, so he started walking into the river. Just as he reached the middle he fell and drowned. When Motuwheteke saw this, he knew he was the smallest and would probably drown too, so he remained on the other side refusing to cross.

When Mangaraho and Toka Toka saw what had happened to their two brothers they were sad. They decided to wait until Motuwheteke grew older and stronger so that he could cross. They are still waiting there today.