Ruawai College have been supporting Kaipara Kumara Ltd for the last five years at The Auckland Food Show, and this year was no different.  A team of students travel down to the show on the Thursday and Saturday of the event and work on the stall.  Alongside Anthony and Helene Blundell and their amazing, loyal team of helpers. Miss Rope takes her online Farnet students down on the Friday as part of her Hospitality subject.  Every year there is a new taste sensation to offer to the public that showcases the humble kumara.  This year it was air roasted kumara, and the delicious kumara and caramel tart. The divine tart was created by Brett McGregor who is New Zealand’s first ever MasterChef.  Brett briefs the students for each day and they get to work alongside him while he promotes kumara and of course it’s awesomeness.

It’s a long day starting at 6am to travel down but it’s well worth the early start.  The students get to experience dealing with the public and the art of making a positive first impression.  This sort of thing can’t be taught in the classroom as they need to learn it first-hand.

We are the only school that has students there for the whole show and they are warmly received by everyone.  There are literally thousands of people that visit the show and they interact with just about every one of them.  The added bonus of course is they also get to have breaks and sample the other delicious food on offer.  Thanks to Miss Dallison and Miss Rope for taking the students down and supervising them and we look forward to doing it all again next year.

I enjoyed hanging out with Brett McGregor and serving his new creation Kumara and Caramel tart to those who attended. – Jessie Dougherty

I really enjoyed representing Kaipara Kumara as they are a huge part of the Ruawai Community and I loved helping out at the Food Show. Seeing all the other food stores was really cool as I got an insight on what it’s like for suppliers of countdown. – Lanea Huriwaka

I was fortunate enough to be a part of Miss Rope’s Farnet class that went down to the Food Show on Friday. I really liked meeting the other students and working with them all day as I made some new friends. – Riley Battcher

Serving samples to the people that attended was the highlight of my day and trying other samples.- Cameron Bellamy

While we are promoting kumara and the association between Kaipara Kumara and Countdown, importantly, we love “showcasing” our students, our school, our whanau and local community behind our businesses. – Anthony Blundell

We appreciate all our growers but one really nice thing that Kaipara Kumara has done over the years that sets you apart from the rest is the involvement of the school students from your local community.  The students are a credit to themselves and the community that raised them, they interact so well with the public at the Auckland Food Show it is hard to believe they have not done it before!- Steve Sexton, Head of Produce, Countdown New Zealand 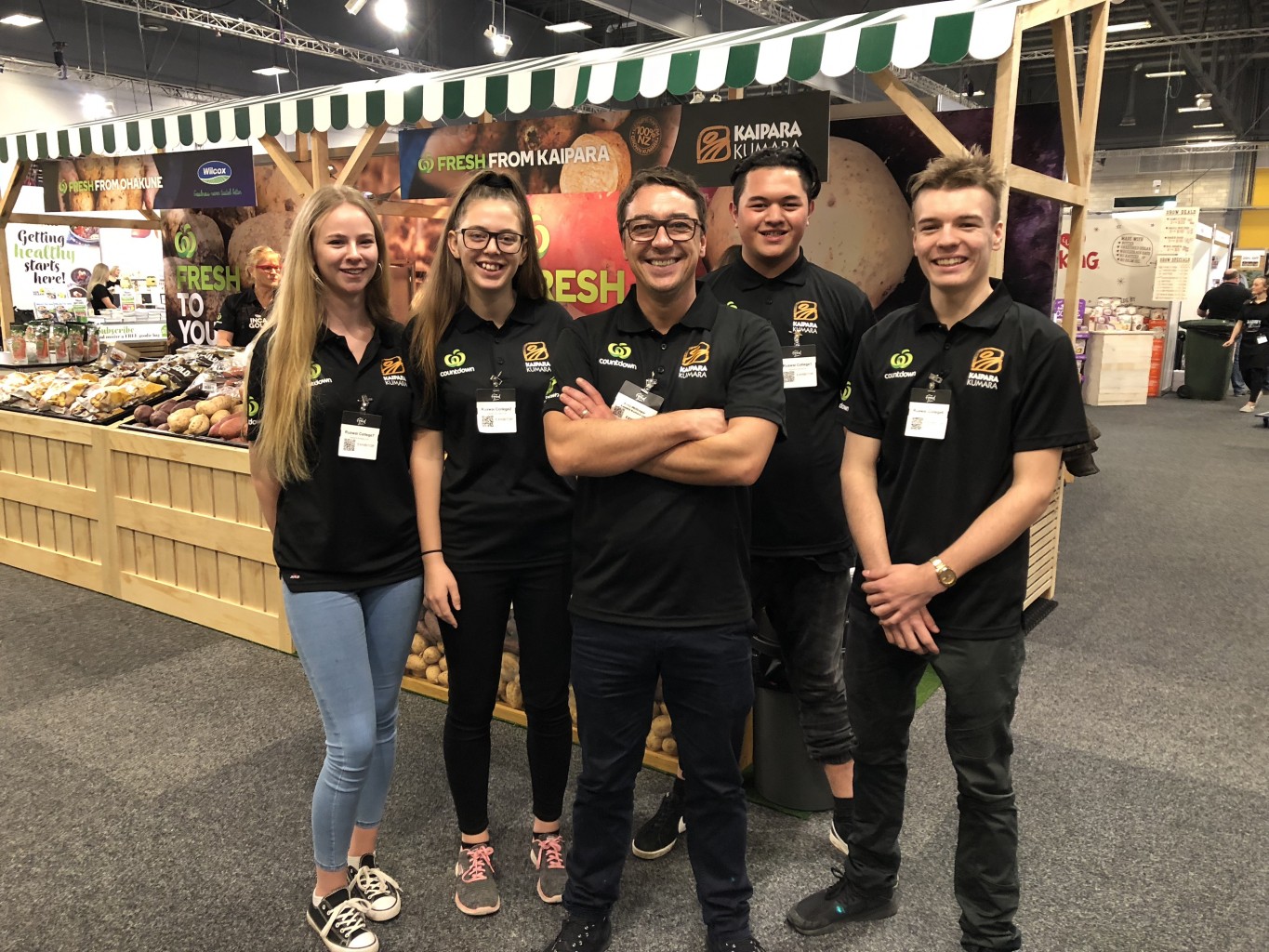 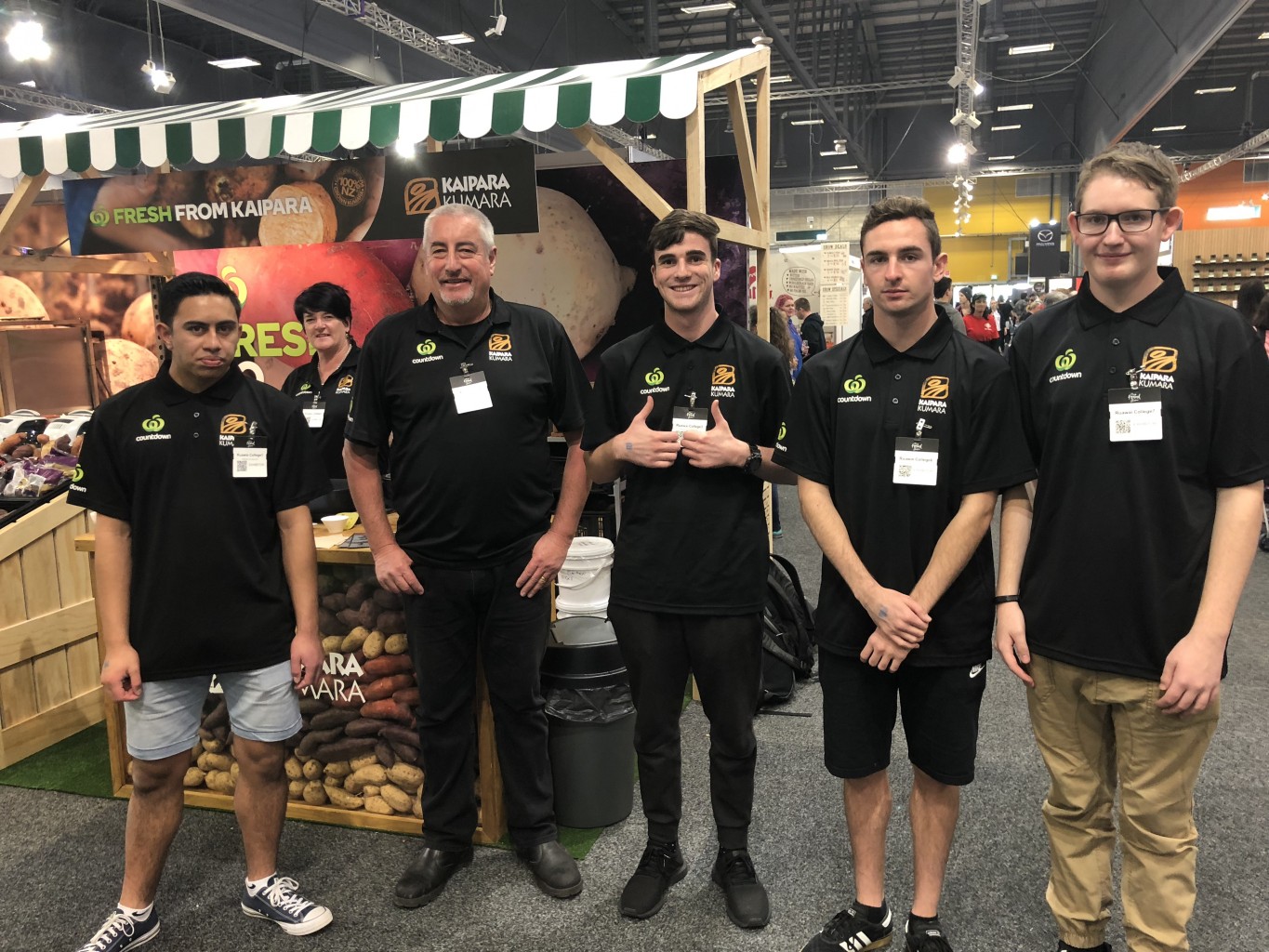